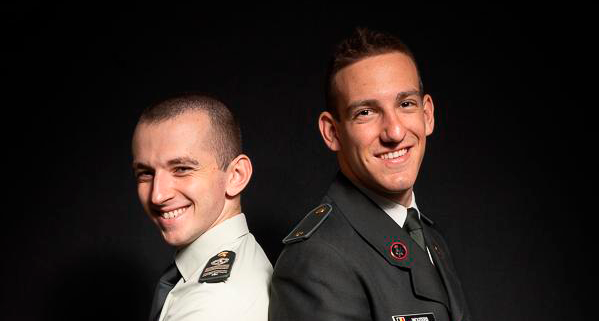 Interview with the winners of the II edition of the ASSETs+ European Defence Challenge: Andreas Wouters and Nathan Prakopetz from the Royal Military Academy, Belgium (RMA).

We – sub lieutenant KBO Andreas Wouters and adjutant KBO Nathan Prakopetz – decided in November 2021 to participate together in the European Defence Challenge. The theme of this competition was ‘Remote everything? To what extent can unmanned assets interact with humans in the field for defence operations?’.

Despite the fact that RMA is a small community, we were strangers to each other at the start of the competition. The foundation of our cooperation is a shared interest in anti-aircraft artillery. Gradually, we became passionate about the dangers of hypersonic missiles. In the first phase of the competition, we had to write a short essay. In the second phase, the best 25 teams were selected to write a ten-page paper on their respective topic. In total, there were 130 entries from 16 European countries. In the final phase, three finalist teams gave a short presentation on their respective topics. After this, the organisers awarded us the first place, of which we are extremely proud.

What is so special about hypersonic missiles?

Hypersonic missiles are guided missiles that are very worrying because of two characteristics. On the one hand because of their hypersonic speed – higher than Mach 5. On the other hand because of their unpredictable trajectory in the atmosphere. These two characteristics together make it impossible for existing air defence systems to stop this type of missile. At the start of this research, this hypersonic technology was somewhat futuristic. The European Defence Agency classified it as an Emerging Disruptive Technology in 2021. However, on March 18, 2022, Russia for the first time used a hypersonic missile in operation, as part of their war in Ukraine. This first deployment in operation underlines the need for a modern air defence system to protect European airspace against modern, complex air threats.

What is the solution?

Bringing modern air defence systems up to the hypersonic level requires hardware and software upgrades. Increased autonomy plays a crucial role in minimising the time between the detection of an enemy hypersonic missile and firing an intercepting missile. However, we must not forget that technological advances take place in a multidimensional context. In the realisation of new technology, legal, ethical, sociological and economic aspects, among others, must be considered.

What made us a successful team?

For a multidimensional problem, a multidisciplinary team is the solution. We both follow a totally different academic track. Nathan is a student of the 174th Polytechnics (=Engineering) Promotion. With his academic knowledge of the exact sciences, he took care of the technical side of the research. Andreas is a pupil of the 158th Promotion in Social and Military Sciences. During his academic career, he has studied a broad spectrum of human sciences. This allowed him to analyse the impact of increasing autonomy in air defence systems on our society. As a team, we complemented each other perfectly. By bringing together the knowledge of both faculties, we outdid ourselves. This was the ‘secret’ ingredient for our victory.

Our cooperation was not easy. Andreas spent the second semester at the United States Military Academy of West Point. Because of this, we always had to take into account the six-hour time difference when scheduling a video call. Nathan was our spokesperson on the home front, liaising with the RMA professors. During our weekly video calls, there was always a short debriefing of our individual progress. Throughout the process, we were supported by both our academic and military staff. We would like to explicitly mention Colonel Johan Gallant, professor in the department of weapon systems and ballistics.

Next year another European Defence Challenge will be organised. We hope that our success story will motivate other students to sign up and experience for themselves that an inter-faculty & multi-disciplinary project is enriching in all respects.

Eager to serve, willing to learn!
Andreas and Nathan 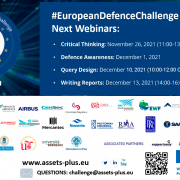 Don’t miss our #EuropeanDefenceChallenge next webinars! 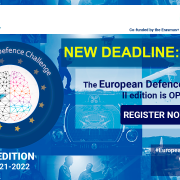 ASSETs+ will be at the International Employment Training Exhibition ‘Formando Futuro’ 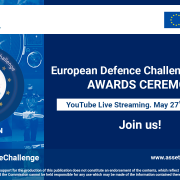 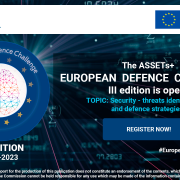 The III edition of the ASSETs+ European Defence Challenge is open. Register now! 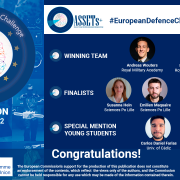 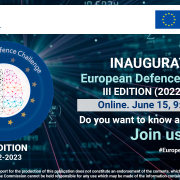 Join us next Wednesday June 15 and discover all the details of the III edition of the European Defence Challenge! 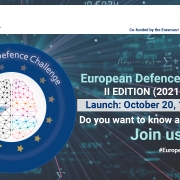 The II edition of the European Defence Challenge is coming. Do you want to know all the details? Join us next October 20

The European Commission’s support for the production of this publication does not constitute an endorsement of the contents, which reflect the views only of the authors, and the Commission cannot be held responsible for any use which may be made of the information contained therein.

ASSETs+ at the iMUGS demonstration in Belgium Scroll to top