Do you want to meet some of our external experts? 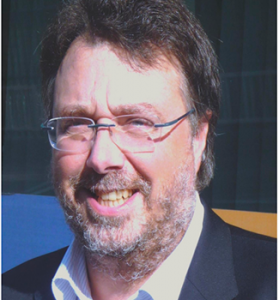 With the European Commission from 1990 until 2017, Michel Bosco had been managing EU R&I programs in various capacities. His expertise includes R&I programming, stakeholder’s consultations and requirement analysis, result exploitation and innovation management in the fields of Information Technologies (1990-2003), Space (2006-2013) and Security and Defence (2014-2017).

Prior to that, he had been a researcher and lecturer with Sup’Aéro in Toulouse, with the Université Aix-Marseille, and with the University of Massachusetts at Amherst, Now, he has established an Executive MBA Program focusing on Management in the Space, Defence and Security industries with the IAE Nice Graduate School of Management at the Université Côte d’Azur in France, where he is a Senior Research Fellow and an Adjunct Professor teaching “Innovation programs in the Space, Defence and Security Industries”. 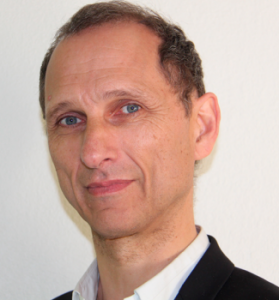 A graduate of the Ecole Centrale de Paris and holder of a DEA in AI, François-Marie is SopraSteria’s AI Technology Champion and in charge of the Data / IA mission at the Aerospace Valley cluster. He also leads the economic development section of the 3IA ANITI (aniti.fr).

After starting his career in the first French AI company in the 80’s, he joined ArcelorMittal to develop AI systems for industrial processes. He leads the AI works of theSACHEM project for process control assistance, one of the largest civil AI projects of the 2000s. In 2004, he founded and manages his R&D Center dedicated to knowledge technologies.

His work mainly concerns the operational implementation of AI techniques from laboratories. 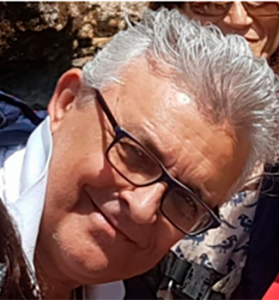 I studied Aeronautical Engineering at the UPM and fulfilled my obligatory military service as a Lieutenant in the “Maestranza Aerea de Madrid, SAF”, that was my first professional job related to aeronautics. When I finished the military period, I began my civil work life at CASA, later absorbed by Airbus, in the field of flight tests, a job that I love it, and to which I have dedicated my entire working life, extending it to all the areas involved (Contracts, Procurement, Development, Certification, Production, Delivery, Maintenance, Servicing …)
I started working in Medium & Light Transport aircraft business line as “Data Processing & Analysis Engineer”, participating in certification and qualification activities against FAA, JAR & Military Agencies/Customer). In parallel I began my formation like Flight Test Engineer flying in “M & L” aircrafts.
After five years I said to myself: “I need a change”, and I perform a Department change and became an Operations Engineer associated with the Eurofighter program. This change gave me the opportunity to work in the most cutting-edge technological program in Europe, which laid the foundations for FCAS and other defence programs on the European continent, adding to my profile concepts such as “Multicultural/Multinational Sensitivity”, “Team Co-working”, “Different ways of work”, … in short, the knowledge of how people worked in Europe (MoDs, Industries & Universities).
After nineteen years performing these tasks, passing through the HO Combat Aircraft Department, I had an offer to become manager, always within Flight Test, and take advantage of the synergies of my experience in this domain. This proposal was accepted and in Apr 2009 I was nominated as Assistant of Head of Flight Test.
During this period “Technological Innovation World” was “added” to my professional life, in fact a new project was generated & launched by me and it was presented by Airbus, into patent process.
Additionally, in 2009, I began my official life as University Professor (UC3M) performing Master Aircraft System Integration (MASI) and Formation conferences and tutoring many MASI projects. 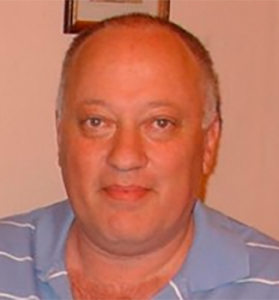 • Experience in private engineering companies for more than 10 years.
• University Professor for more than 20 years.
• Cooperator of the Spanish Ministry of Defense for earthquake prevention and reaction.
• Professor Master of Science In Information Systems Security and Digital Criminology. The
Faculty of King Hussein for Information Technology. Princess Sumaya University for Technology
• Director of the Office of International Relations of the University of Cádiz
• Director of the Horizon2020 STIMEY Project
• Director of relations with the Maghreb and the Mashrek
• Currently Vice-Rector for Digitalization and Infrastructure of the University of Cádiz.
• Chair of the SEFI Curriculum development SIG – 2014-2021
• Relations with the American Society of Engineering Education

“External expert evaluation provided a valuable insight into the project, different perceptions that team members might not have considered, providing as a whole a more complete analysis.”

“Defence is not « any » industrial sector. Working in it requires specific technical skills, or specific management skills. It also calls for adhering to values in line with sovereignty matters. ASSETS+ is taking these issues at EU, therefore at a supranational, level, which is a real challenge.”

“The involvement of External Evaluators in Assets+ project is an exciting win-win experience. A good way to support the expansion of the ASSETs+ Eco-System is to encourage new evaluators to join the European Defence Challenge. We are always welcoming new members!”

“Our work over the past 18 months has already allowed us to understand the emerging technologies and future skill needs in the defence sector, and perhaps more importantly it has proved how working together makes us all stronger. We still have a lot more to look forward to and I’m very excited to see the results.”

“Filling the gaps identified within the industry, the academic validation is key but is not enough. External Evaluators validate from the outside, that the skills specified correspond to the real needs of the industry.”